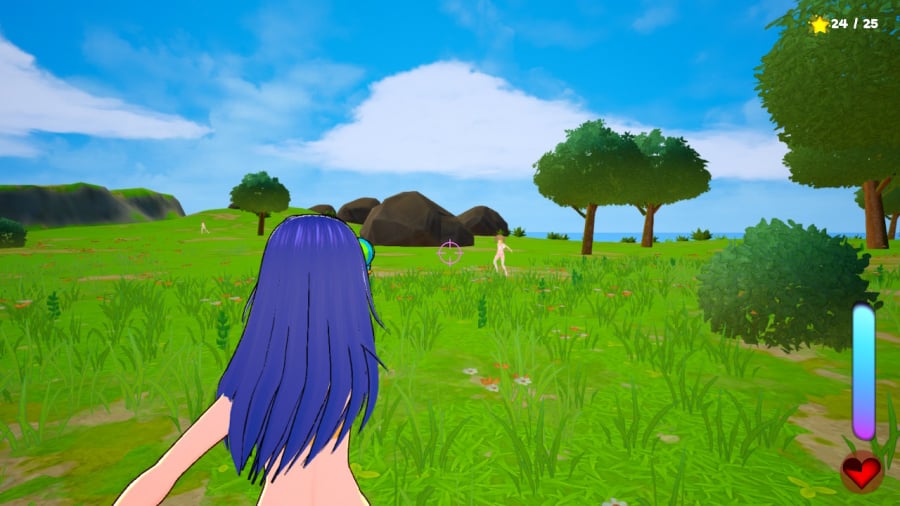 When something becomes popular enough, it is bound to attract imitators. Sometimes those imitators will smash as many different genres together to try to capitalise on multiple other games’ popularity. In the case of Waifu Impact, the developers took the principles that have made Fortnite a bewildering success and combined them with a healthy dose of fan service to attract players, plus a lick of Genshin Impact-style presentation. There’s nothing wrong with taking what has been popular in the past and serving it up in a new way; players sometimes need a little familiarity to help them settle into a new game. However, a high level of polish is required, and with Waifu Impact that polish just isn’t there. Even worse than awkward and clunky gameplay, it simply isn’t fun.

Waifu Impact sees players dropped onto glorious ‘Waifu Island’, a place visited nightly in the dreams of many; a tropical paradise hosting cute girls running around shooting each other with water guns. It is the basic premise that we saw in Senran Kagura: Peach Beach Splash, but with stripped-back features. Instead of different teams vying for control of the arena, it is a free-for-all against the AI-controlled enemies who all look and play the exact same. Instead of the barely contained chaos, with action coming at you from every angle — the things that make other arena shooters fun to play — this feels like a slog.

The Joy-Con doesn’t naturally lend itself to precision shooting, so each blast from your water gun takes a painful amount of time to line up. Even more so when you are running around avoiding the shockingly accurate AI enemies. Every character feels like they are moving through a vat of pudding, slowly trudging around to find the best angle to attack. This is clearly a game that was designed for a mouse and keyboard and hasn’t made the transition to controllers well. The only saving grace enemy hitboxes so ludicrously big that accuracy isn’t really necessary to survive.

There are a total of eight different characters to choose from, each wielding a different type of a water gun. Some have higher fire rates or deal more damage. There is some good variety here and players will find one character that fits their play style. However, all of them have the same sluggish movement speed that makes travelling around and exploring the island dull. Characters themselves can’t be upgraded, but each kill unlocks new art of the girls, giving players a reason to play with every character.

For a game designed to be titillating, these images are pretty tame, offering a simple shot of the girl in a bikini once they get 50 kills (the ‘Nudity Mode’ from the Steam version seems to have been excised completely on Switch, unsurprisingly). The only other collectables in the game are the 25 stars that litter the island. For every five of these that the player finds, a new character is unlocked.

Two extra characters can be unlocked by completing late-game challenges, but just getting the 25 stars is more of a chore than anything. Exploring the island is tedious, with platforming sections that feel clunky and untested. Every jump feels like a challenge, but not in the way that the developers intended, to say nothing of the frame rate issues we ran into on our playthrough.

Waifu Impact makes the mistake of assuming that the promise of fan service is enough to carry a game through its runtime, however short. This game takes the Fortnite formula, dips the character controls in digital treacle, strips it of the multiplayer aspect that makes that game fun, and doesn’t add anything worthwhile. It feels more like a proof of concept, with no story or characterisation to speak of. Most importantly, it just isn’t fun to play. Even for the low price from the eShop, the joke here wears thin within half an hour