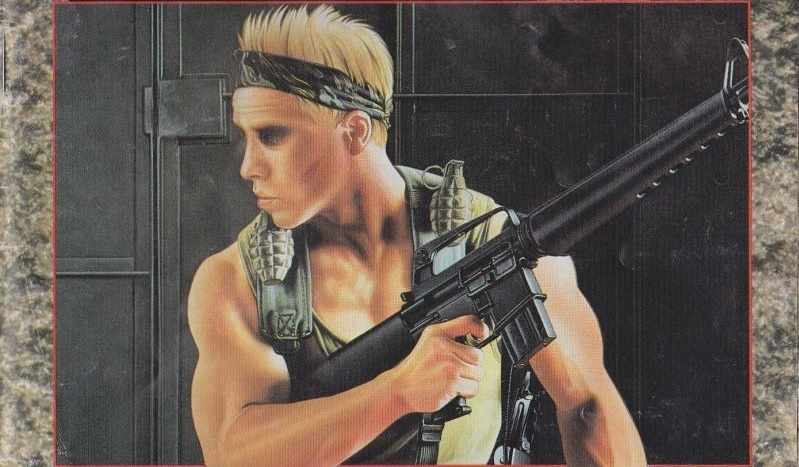 We love a good documentary here at Nintendo Life, and CREATORVC’s upcoming film, First Person Shooter, looks like it will fill a big gap in our lives. Shooting for a Q4 2022 release, this 3+ hour documentary is all about the genre’s rise. Ahead of its release later this year, CREATORVC has shared a six-minute snippet with IGN which looks at how id Software first decided to make its first FPS and one of the most pioneering and influential games of all time, Wolfenstein 3D.

Anyone who knows anything about Wolfenstein 3D knows that on its native DOS it’s bloody and brutal, which wasn’t exactly a perfect fit for Nintendo at the time. Still, because the game was such a hit, Japanese company Imagineer contacted id Software to make a Super Nintendo port of the game. And Nintendo was less than happy with the violent content of the shooter.

In the clip, legendary programmer Becky “Burger” Heineman recalls the difficulties of getting the game on the console due to Nintendo’s infamous censorship rules. Remember, this was around the same time that games like Mortal Kombat had to have any trace of blood splattering removed or changed, so a game where you shoot Nazis was always going to need some tweaking.

Heineman knew that id Software would have to remove some of the Nazi symbols and imagery from the game in order to release it in Germany. However, there was a more unusual request from Nintendo that stuck out to the programmer. In the original release, there are German Shepherd dogs as enemies, and Nintendo was not happy with the idea of these pixelated animals being shot at:

… the most notable this was that we had German Shepherds in the original version of Wolfenstein 3D come ahead and bite you. The Nintendo censors were totally like, “You can’t shoot dogs!”, so we had to change them to rats.

Nintendo was known for being pretty strict with its games back in the day, removing all sorts of religious imagery, but this is one of the most unusual requests we’ve seen! Mutant rats might be a little bit scarier than ravenous dogs, mind you.

That wasn’t the end of Nintendo’s ratty requests, mind you. When preparing to wrap up work on the game, Nintendo got in touch again about some animal-related issues, and this time, it was all the rats’ fault!

Then, when we were about ready to finish this game and ship it out to Nintendo, Nintendo came in and said, “Oh, when the rat bites you, they’re bleeding” and we’re like, “What do you mean ‘bleeding’?”
“Look in their mouths; there’s red!”
We said, “That’s their tongue.”

So, because the rats’ tongues reminded Nintendo of blood, the developers had to remove them from the game. Heineman states that “The just censors made our lives miserable” with the number of revisions they kept suggesting, but eventually it all worked out, and Wolfenstein 3D eventually made it onto the SNES, to mixed reviews.

This is only just a little part of the whole film which, as we mentioned above, is due out in Q4 2022, but the entire clip (linked below) features some interesting insights into the making of Wolfenstein 3D, with clips from John Romero, John Carmack, and Randy Pitchford, among others. The full documentary will also feature interviews with other FPS industry legends such as Warren Spector (System Shock, Deus Ex), Karl Hilton (who worked on GoldenEye, Perfect Dark, and the TimeSplitters series) and more.

CREATORVC has recently just re-opened its campaign over on Indiegogo to allow fans who missed out last year to back it. You can get more information on the documentary and also check out the backer perks right here.

Let us know what you think of this upcoming documentary in the comments!